Marcelo Moraes was born in Brasília and has a degree in Business and Management from UNICeub and a post-graduate degree in Public Administration from FGV. Moraes began his professional career as a retail entrepreneur, still in his teens, in a traditional family company in Brasilia. His first experience in the corporate affairs area took place in the year 2000 when he took office as Director of New Business at Tech Energetic Consultancy.

In 2004 Moraes became a parliamentarian advisor of the Industry’s Federation of Minas Gerais State (FIEMG), being responsible for the relationship of the entity with local Parliamentarians.

In the energy sector, Marcelo Moraes was Executive Director of ABRACEEL (Brazilian Association of Electricity Trading Agents) between 2002 and 2004. In 2005 took office as Director of Corporate Affairs of ABIAPE (Brazilian Association of Investors in Energy Auto production), having been elected Vice-President of Institutional Affairs and Sustainability, elective position, which he occupy until now. Moraes was also Associate Director of the Group CPFL Energy, the largest private group of electric power in Brazil. Was elected Coordinator of the Brazilian Forum on Environment and Electric Segment (FMASE), to occupy the post during the biennium 2012/2013, where he now occupies the position of Counselor. In the environmental area, he also holds the position of Councilor of the National Environment Council (COEMA) of the National Confederation of Industry (CNI).

Member of the Brazilian Association of Institutional and Governmental Affairs (ABRIG), Marcelo Moraes is founder and Managing Partner of DOMINIUM Consultancy Ltda, which completes thirteen years in 2017. 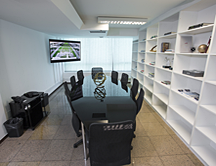 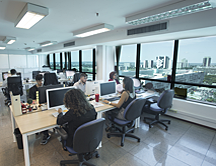 Consultancy in Institutional and Governmental Affairs